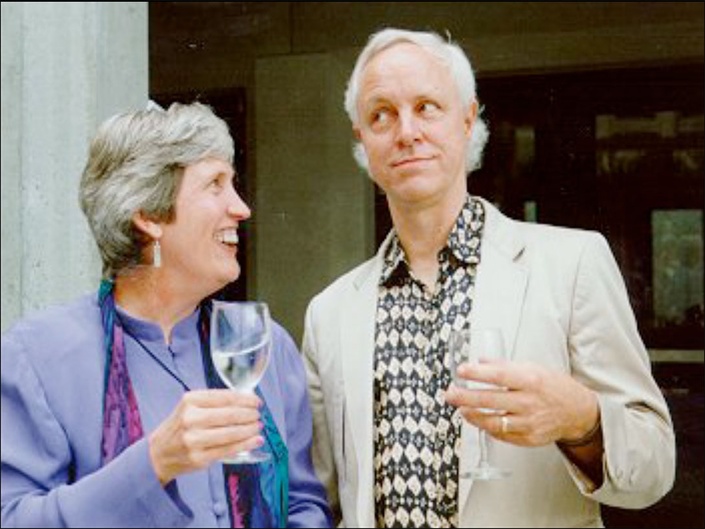 Veriditas Founder Lauren Artress and Master Builder Robert Ferré share stories from the beginnings of Veriditas and the rise of the Labyrinth Movement. 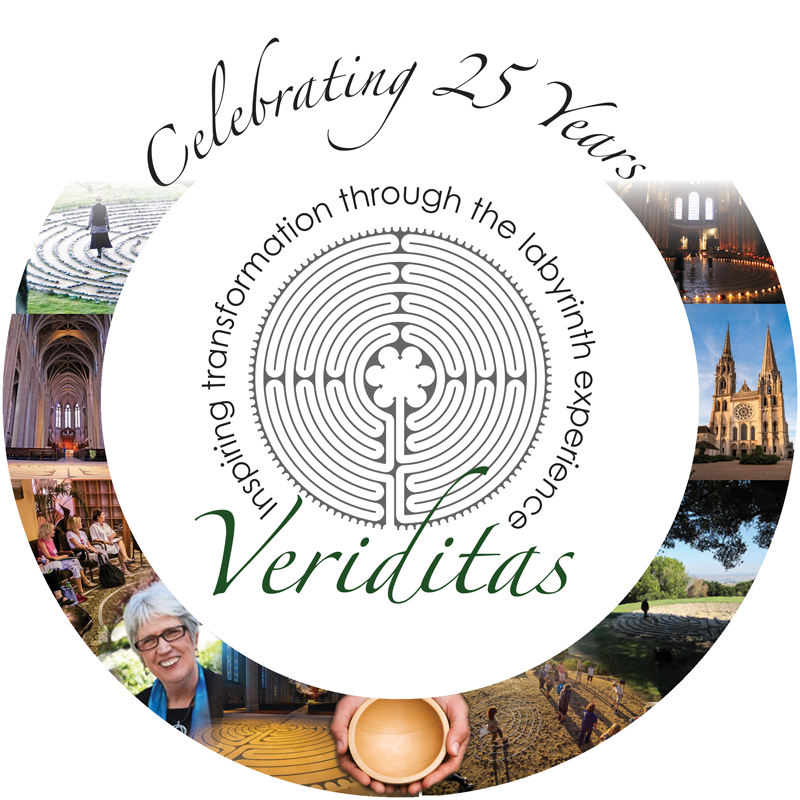 On September 7th, 2020, the Rev. Dr. Lauren Artress and Robert Ferré sat down with Veriditas Faculty member Lars Howlett for an interview in celebration of the 25th Anniversary of Veriditas. Not only did 1995 mark the founding of Veriditas as a non-profit, but it was also the year Lauren published Walking a Sacred Path and created the first permanent labyrinth at Grace Cathedral (outdoors).

That summer Robert walked the Chartres Labyrinth for the first time and felt an inner urging to decode the geometry of the design. At the first ever all-labyrinth conference that Fall, Lauren and Robert met each other and began a partnership that would uplift the modern labyrinth movement in the United States. Lauren began leading pilgrimages to Chartres Cathedral with Robert as the lead organizer and guide, while Robert began drawing canvas labyrinths to send to Veriditas where they were painted at Grace Cathedral and sold to facilitators.Twenty-five years later they look back on the many momentous events of 95/96 and consider how we are in the midst of another great turning point in the labyrinth movement and social evolution at large.

Pull up a chair for this in-depth interview that weaves personal accounts with intimate photographs from two labyrinth luminaries. This film has a running time of one hour and thirty minutes and was recorded on Zoom and edited by Lars Howlett. The interview has been divided into three half hour episodes that be watched as a series or as a whole. Ephemera from the 1990s including articles, book excerpts, and other recordings are included in the postscript.

With special thanks to Lauren Artress, Robert Ferre, Dawn Matheny, Annika Moore, Jodi Lorimer, Mike Jager, The Labyrinth Society Digital Publications, Kay Whipple, Tom Keelan, and all the photographers, videographers, and archivists who saved and shared the images, clippings, and ephemera used in this video. 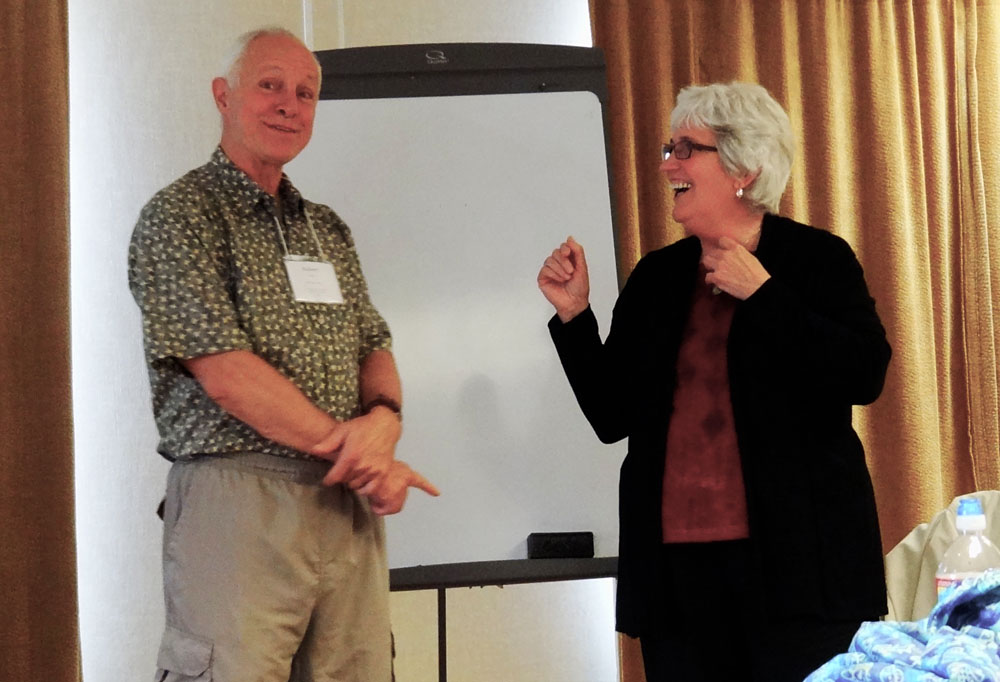 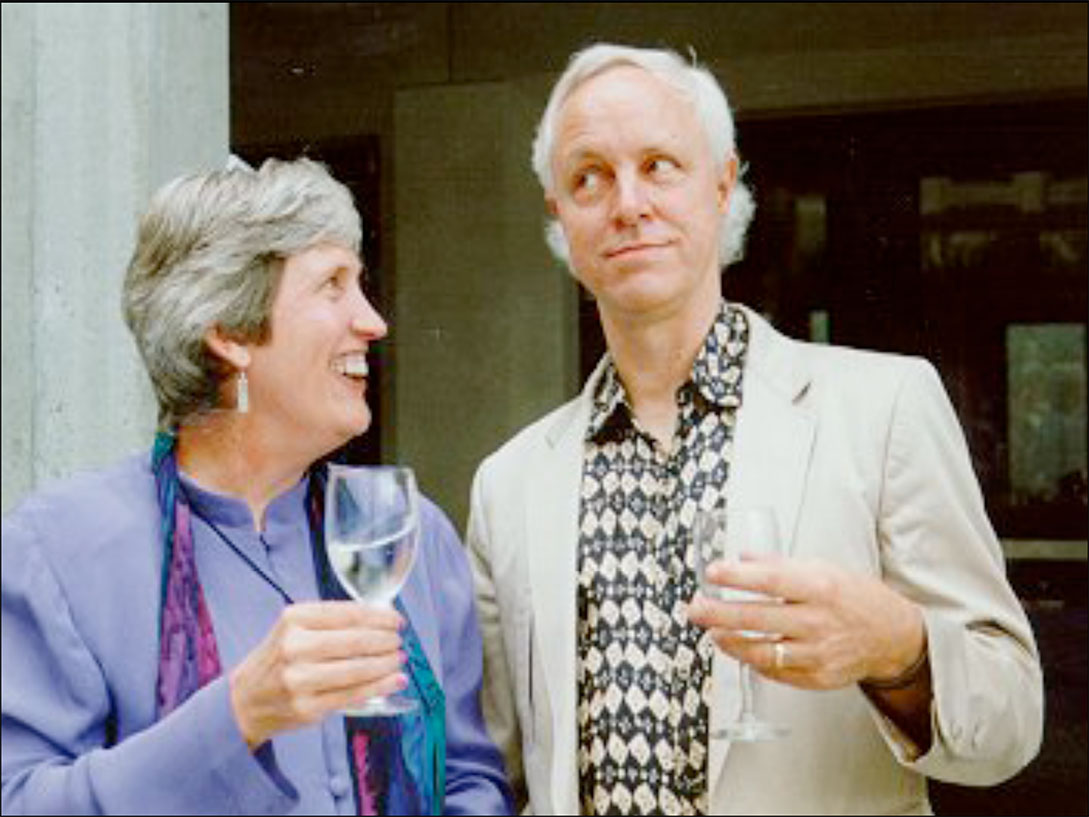 Lauren Artress is the Founder of Veriditas and Canon Emeritus of Grace Cathedral in San Francisco. She is the author of: The Path of the Holy Fool, Walking a Sacred Path: Rediscovering the Labyrinth as a Spiritual Tool (Putnam/Riverhead Books, New York), The Sand Labyrinth Kit, (Tuttle Publishers) and The Sacred Path Companion: A Guide to Walking the Labyrinth to Heal and Transform(Riverhead, 2006).

Robert Ferré is among the world’s most experienced labyrinth makers, having worked full time as a labyrinth artist for almost two decades. Robert founded Labyrinth Enterprises LLC which has constructed more than 800 Chartres labyrinths. Now in semi-retirement, Robert continues to consult, write and teach to share his depth of knowledge about labyrinths.

25th Anniversary Interview
Available in days
days after you enroll